Christian Brady, ’92 (History and Near eastern Studies, Religious Studies), was heard recently as a listener contestant on NPR’s “Wait Wait Don’t Tell Me.” Since his time at Cornell, Brady received his doctorate in ancient Hebrew and Jewish Literature from the University of Oxford and has published extensively on the Targumim, including a book each on Targum Lamentations and Targum Ruth, as well as the subjects of suffering and grief in Jewish and Christian thought.

While remaining active in research, Brady has been an academic administrator, serving six years as Director of Jewish Studies and then two years as Director of the Honors Program at Tulane University. From there Brady served ten years as the Dean of the Schreyer Honors College at Penn State University and became the Inaugural T. W. Lewis Dean of the Lewis Honors College at the University of Kentucky. In September 2020 he became the interim dean of the College of Arts & Sciences at UK. 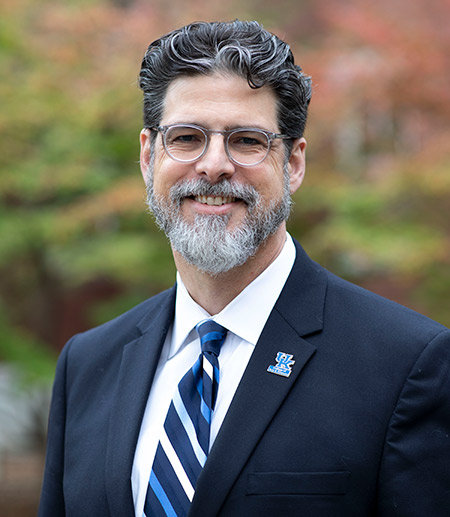