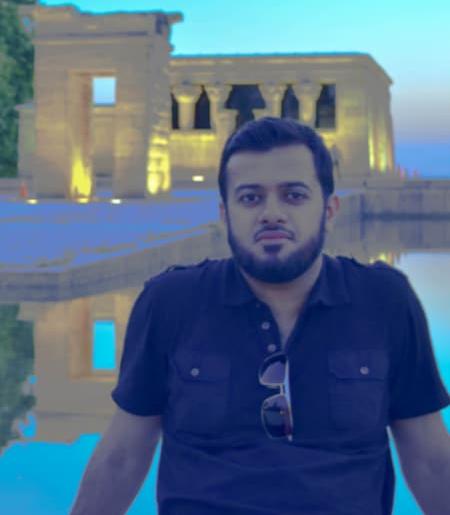 I am a sixth-year PhD candidate in the Department of Near Eastern Studies at Cornell University, where I am writing my dissertation on “War and Law in the First Islamic Polity: A Study of the Terms of Capitulation Tradition.” The study interrogates the compositional development and Near Eastern context of what I propose is an especially impactful legal tradition (hadith) attributed to either the Prophet Muḥammad or one of his first two successors, the “Terms of Capitulation.” The sources preserve around a hundred distinct variants of the tradition, which comprises instructions given to a military commander prior to his setting out on a raid or expedition. These instructions delineate several basic policies of early Islamic government, most importantly: the recruitment of non-emigrant converts for military participation, the exaction of tribute in lieu of conversion, and a contract of protection extended by military commanders. In the first part of my study, devoted to dating the tradition and analyzing its network of transmission, I identify one variant as a largely faithful preservation of policies enacted in the lifetime of Muḥammad. In the second part, devoted to recovering the original significance of the text, I explicate its legal language in light of a variety of Arabic and Semitic sources, especially pre-Islamic poetry and Arabian epigraphy.

During my studies at Cornell, I have been teaching assistant for “Introduction to Islam” and for “Myth and Religion in Mesopotamia.” Last year, I designed and instructed “The Emergence and Articulation of Islam,” in which students and I explored the Near Eastern background for the emergence of Islam, and I am excited to launch a newly developed course on “The Qur'an and Hadith as Literatures and Scriptures.” My personal experience with the Arab and Muslim world stems from three lengthy residences in Marrakesh, Cairo, and Riyadh, where I studied classical Islamic jurisprudence and other subjects.

“Rebel’s Advocate: How Abū ʿUbayda Maʿmar b. al-Muthannā Came to be Labelled a Khārijite.” Journal of Near Eastern Studies 81/1 [Forthcoming, April 2022].

“The Four Braids of the Ruwāla Bedouin, ca. 1930: Continuation of a Pre-Islamic Custom?” Presented at the Tübingen Hadith Studies Workshop (online at University of Tübingen, Germany), Dec 11, 2020.

“Reflections on the Prohibition of Music and Song in Islam,” presented for the Cornell University/TST BOCES lecture series, “Listening to the Middle East,” Apr 2, 2019.

“The Critic, the Convert, and the Concealment of the Torah: A Compositional Analysis of the ‘Stoning of the Jews’ Tradition,” presented at the 229th Meeting of the American Oriental Society (Chicago, IL), Mar 16, 2019.

“Conversion and Subjecthood before the Jizya: New Light from a Qur’ānic-era Tradition,” presented for the panel, “Community, Identity, and the Codification of Islamic Law,” Fifth Annual Conference of the British Association for Islamic Studies (University of Exeter, UK), Apr 11, 2018.

“The Arghal Tradition: A Primitive Ruling Concerning Male Circumcision Evincing a Shared Judaic and Islamic Context,” presented at the Second IDEO Conference in Cairo: The Emergence of Ḥadīṯ as the Authority of Knowledge (Dominican Institute for Oriental Studies, Cairo, Egypt), Jan 12, 2018.

“Muslim and Islam-Affiliated Denominations in the United States,” presented for the Cornell University/TST BOCES lecture series, “America and the Middle East,” Oct 24, 2017.

“The Arghal Tradition: Exclusionary Praxis in a Shared Judaic and Islamic Context,” presented at the Symposium organized by students of Syriac and Armenian at HMML (St. John’s University, Collegeville, MN), Aug 4, 2017.

“Rebel’s Advocate: How Abū ʿUbayda Maʿmar b. al-Muthannā Came to be Labelled a Khārijite,” presented for the panel, “Reassessing Textual Transmission in the Early Islamic Period” at the 21st Anniversary NMCGSA Symposium (University of Toronto, Canada), Mar 9, 2017.

“Community, Identity, and the Codification of Islamic Law,” Fifth Annual Conference of the British Association for Islamic Studies, (University of Exeter, UK), Apr 11, 2018 (with Antonia Bosanquet).