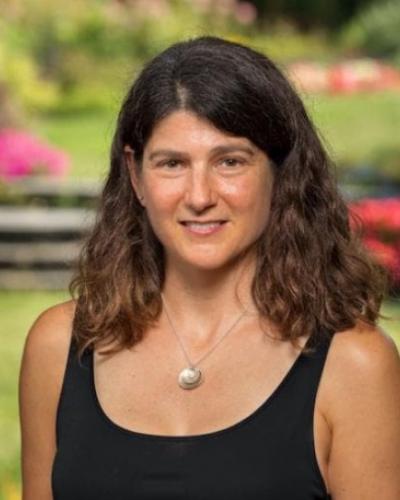 Monroe received her PhD in Bible and Ancient Near East from the Skirball Department of Hebrew and Judaic Studies at New York University.  Her teaching interests include Hebrew Bible and Biblical Hebrew at all levels, Syro-Palestinian Archaeology, and Ancient Israelite Religious and Social History. She is particularly interested in the way what it meant to be “Israelite” changed over time, and how such changes are reflected in the stratigraphy of the biblical text and the archaeological tel. She has brought Cornell students with her to excavate at an array of archaeological sites in Israel, including Tel Zayit, Tel Rehov, and Abel Beth Maacah. In her book, Josiah's Reform and the Dynamics of Defilement: Israelite Rites of Violence and the Making of a Biblical Text (Oxford University Press, 2011) she explored the 7th century BCE religious reforms of the Judean King Josiah, whose rites of violence are a formative moment in the Bible’s representation of the emergence of monotheism.  She is currently working on two monographs: one on the emergence of the Bible’s Joseph traditions, and the other on the Song of Deborah and Micro-history. Also, on the horizon is a large-scale research project entitled Tidings From Sheba, which addresses how South Arabian Sabaean inscriptions from Yemen illuminate ancient Israelite society, politics and religion.

The book of Judges in the Bible contains an array of traditions about how the Israelites came to settle in the land of Canaan and their often violent encounters with their Canaanite neighbors. Through reading the book of Judges in the original Hebrew, this course will address issues such as the relationship between violence and identity, the intersections of text and archaeology, Israelite ethnicity, the social, religious and political function of the Judge as charismatic leader, and the way all of these illuminate the evolving relationship between Israel its God, Yahweh.  Close attention will be paid to matters of grammar, syntax, and vocabulary in order to develop students' skills in reading biblical Hebrew prose and to enhance their understanding of the Hebrew language itself as a window on ancient Israelite thought.  Students will be expected to utilize commentaries, biblical Hebrew grammars and lexicons in their preparation of assigned texts.