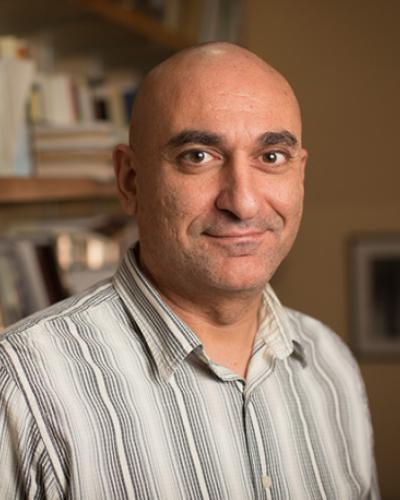 Ziad Fahmy is a Professor of Modern Middle East History at the department of Near Eastern studies. Professor Fahmy received his History Ph.D. in 2007 from the University of Arizona, where his dissertation “Popularizing Egyptian Nationalism” was awarded the  Malcolm H. Kerr Dissertation Award (2008) from the Middle East Studies Association.

He is currently writing his third book, tentatively titled, Broadcasting Identity: Radio and the Making of Modern Egypt, 1928-1952. His articles have appeared in Comparative Studies in Society and History, the International Journal of Middle East Studies, History Compass, and in Comparative Studies of South Asia, Africa and the Middle East. His research has been ‎supported by the Fulbright-Hays Commission, the National Endowment for the Humanities, and the American Research Center in Egypt.